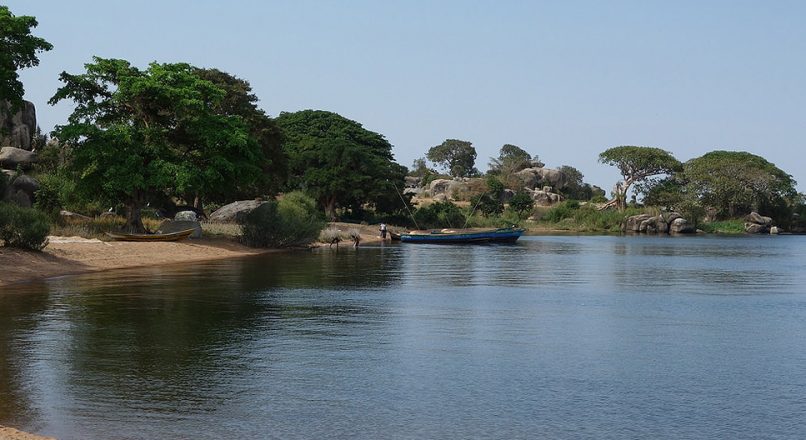 Lake Victoria is an African gem. Bordering Uganda, Kenya, and Tanzania, this expansive body of water stretches into the horizon – appearing more like a sea than a lake. Gentle waves are punctuated by many small, verdant islands that play host to a rich variety of wildlife. A perfect place to while away languid evenings as the red African sun sinks out of view, Lake Victoria is as interesting as it is restorative. Here are some facts about Africa’s largest freshwater lake.

How Big is Lake Victoria?

It’s known in Kenya as Nam Lowe (body of endless water) and in Uganda as ’Nnalubaale (Home of the Gods). Both names allude to the grand scale of the lake – the largest in Africa, and second-largest in the world.

Lake Victoria covers a gigantic area of 26,600 square miles and has a coastline that runs for over 2,000 miles around three countries. It contains approximately 1,000 islands, ranging from tiny spits of land to larger inhabited islets. Each inhabited island has its own character, customs, and history – visitors to Mfangano Island, for example, will be able to see ancient rock paintings made by the Twa (Batwa) people.

Although the lake has different names corresponding to the different nations and communities it borders, it’s most common title derives from Queen Victoria of England.  The British explorer John Hanning Speke was the first European to find the lake in the 1850s during his expedition to find the source of the River Nile, and decided to dedicate his discovery to Queen and country.  Speke believed that the lake was in-fact the source he’d been looking for, and this is now widely accepted as being true (at least, it’s considered to be the main contributor to the ‘Fat River’)

How Old is Lake Victoria?

Lake Victoria is approximately 400,000 years old, which is relatively young in geological terms. During its short life, it’s dried up several times – the most recent was about 17,000 years ago. Though it’s not known exactly why it dries up so often, it’s thought it could be the result of the lake’s comparably shallow waters – the average depth is just 25 metres. This sensitivity to drought is one of the reasons why scientists believe Lake Victoria could experience another arid spell in the next 500 years – a result of climate change.

What Animals Are Native to Lake Victoria?

Lake Victoria is a haven for wildlife. Alongside a spectacular array of birdlife and wetland animals, such as the clawless otter and sitatunga, the lake has fostered a number of native species. Among these are several types of cichlid, many of which are notable by their vibrantly-coloured scales. More elusive – or, possibly extinct – is the Lake Victoria Deepwater Catfish. Dwelling at the bottom of the lake, which is 82 metres at its deepest, this little-known catfish is thought to have been brought to near-extinction by the introduction of the Nile Perch.

What Else Makes Lake Victoria Special?

Alongside its rich history, cultural wealth, and spectacular wildlife, Lake Victoria is special for being one of only two places in East Africa where it’s possible to watch the sunset over water without being on the coast! Lake Turkana in Northern Kenya is the other.

Standing in the heart of East Africa, Lake Victoria is an enormous mass of water that stretches across countries, cultures, and histories. A visit to the lake offers the chance to explore the diversity of local communities, as well as sight some of Africa’s most prized wildlife.